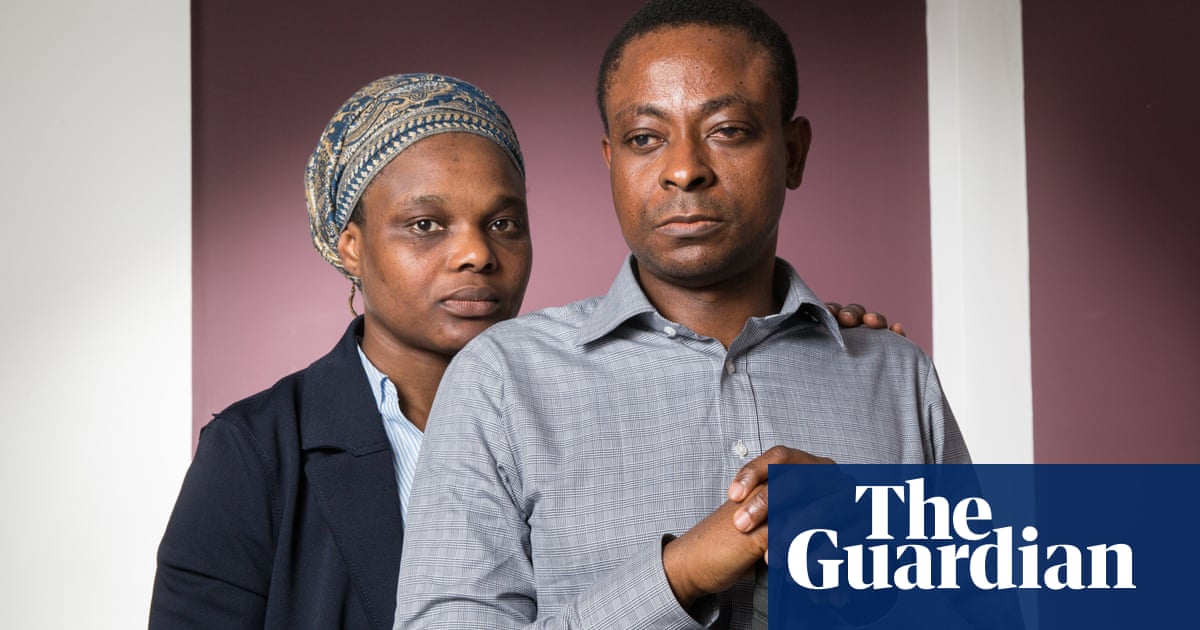 Dundee University took tens of thousands of pounds from a blind Nigerian PhD student in return for what it promised him would be state of the art disabled facilities if he came to the UK with his young family to complete his studies.

Instead, Bamidele Chika Agbakuribe, who is totally blind, claims the university gave him failing IT equipment and repeatedly obstructed his studies to the extent he was not able to complete his work. When he complained, they failed him and cancelled his student status, he says. The university then contacted the Home Office, which has said it will deport Agbakuribe and his family on 5 June.

Agbakuribe said he always planned to leave the UK after his studies finished at Dundees School of Education and Social Work. But if he is forced to return to Nigeria without his PhD certificate, he will have to repay the tens of thousands of pounds his sponsor gave him to come to the UK.

Because Agbakuribe sold his house in Nigeria to help pay for his university fees, he, his wife and four young children would be left destitute on their return.

What has happened to me is enough to kill a person. As a blind academic, I received a lot of support in Nigeria. I was respected for my achievements and inspired others, he said.

I had such high hopes of Scotland, to study at this university. The university received tens of thousands of pounds from myself and my sponsor. But despite the promises, I received no such support, not even proper supervision, and in the final analysis, they branded me a failure.

I have never been allowed to state my case. This is the most shocking part. I am expected to stay quiet and go back home.

The Guardian has seen testimony from another blind student at Dundee University who alleges similar treatment.

Robina Qureshi, the chief executive of Positive Action in Housing, a homelessness and human rights charity, said: Agbakuribes story is a universal one. The evidence in this case begs for a public inquiry by the Scottish parliament so that lessons can be learnt. It is a damning indictment.

Qureshi alleges Dundee University enticed Agbakuribe to come to the UK by promising him the latest disabled facilities, a sighted guide and frequent academic supervision.

Instead, she claims, it gave him IT equipment that did not work, took away his guide after a few weeks, failed to supervise him he went more than a year without academic supervision at one time, and more than six months without supervision at another and isolated him from his peers by forcing him to sit in a different room.

The university denied these claims in a press release, saying: The decision to terminate the students studies was made solely on the basis of a lack of academic progress against a background of extensive and dedicated support.

The university said it could not comment on the allegations by the second student because we have not been made aware of the details, without which it is impossible to investigate. Dundee said it takes all such complaints seriously and encourages students to use a complaints-handling procedure.

Between 2016 and 2018, the university threatened Agbakuribe with deportation when he tried to complain about the situation, claims Qureshi, who said she has read more than 7,500 emails between Agbakuribe and the university. They mentioned it constantly. The evidence is utterly damning, she said.

Dundee said: The university provides support to all overseas students includ[ing] making students aware of their obligations under their visa and how they relate to their academic progress, and the possible consequences which may arise if these are not met. The university does not consider this advice as threats but as guidance.

Agbakuribe is supported by his local MSP, Joe FitzPatrick, members of the University and College Unions national executive committee as well as its Dundee University branch, and the Scottish TUC.

Other high-profile supporters include Dr Carlo Morelli, the president-elect of the UCU in Scotland, Aamer Anwar, the rector of Glasgow University, Dr Marion Hersh from Glasgow University, and the former Scottish government minister Malcolm Chisholm.

Qureshi said: We want Bamidele to be allowed to appeal to the university and be properly represented, failing which, we will have no alternative but to take this matter up with the Equality and Human Rights Commission [and] the information commissioner, and call on John Swinney, [the] education minister, and the Scottish government to hold a public inquiry.

Abdication, divorces and death: a century of UK royal crises