Patience is in short supply among the USMNT fanbase, who have had enough of being told the team is in learning mode and that setbacks are growing pains 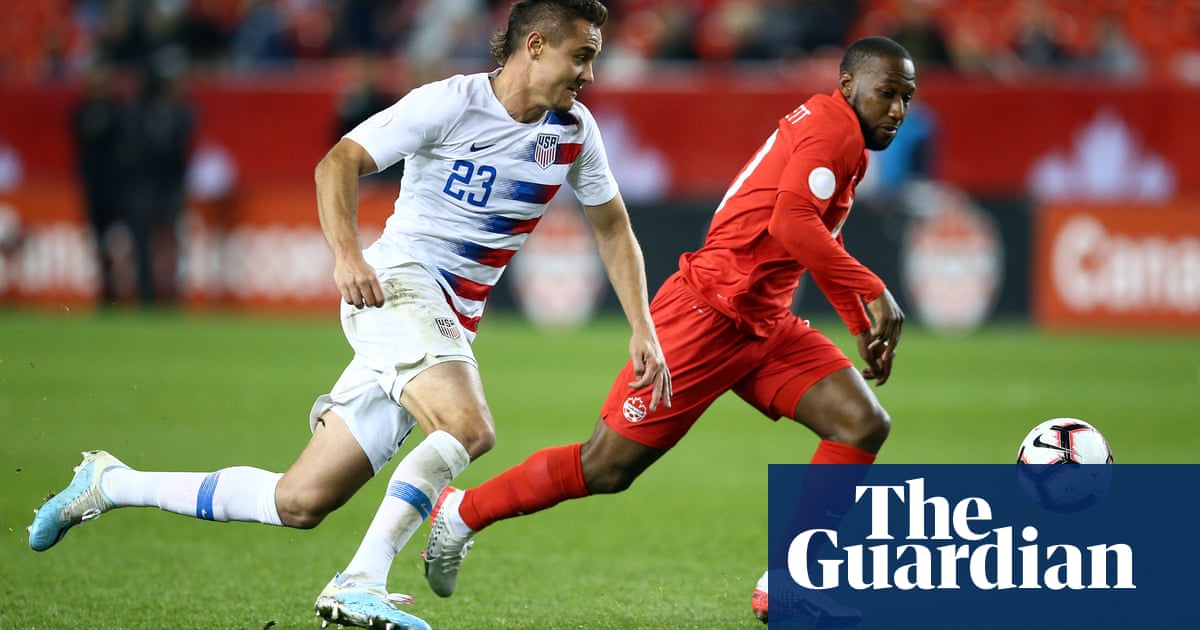 Strange job, this, to have doubts about your ability raised only four days after steering your nation to a 7-0 win. But that was a cruise past Cuba, and this was the USs first loss to Canada in 34 years. And not a hard luck, miss five easy chances and give up a 93rd-minute own-goal sort of loss. This was an outplayed and outfought by a side whose near-term ambition is to be better than El Salvador kind of night.

Tuesdays 2-0 reverse at BMO Field was Gregg Berhalters 16th match as US head coach. On the surface a record of nine wins, two draws and five losses appears acceptable for a program rebuilding its roster and its self-respect after the shock of missing out on the 2018 World Cup. But the real test of Berhalters worth is not in how the US fillet the minnows. It doesnt really matter that they filled their boots against the likes of Cuba, Panama, Trinidad & Tobago and Guyana.

What counts is that the US have lost twice on home soil to their biggest rivals, Mexico (1-0 in the Concacaf Gold Cup final and 3-0 in a friendly); were especially brittle in defeats to Venezuela and now Canada; and drew 1-1 with both Chile and an under-strength Uruguay, two of their strongest opponents this year.

Put another way, since Berhalters appointment was announced last December there have been no results that exceeded expectations against good teams; there is currently no reason to believe that the US would be anything but makeweights at Qatar 2022, should they qualify. And there is a lack of clear evidence that the team is trending in the right direction, despite individual positives such as the continued improvement of the midfielder Weston McKennie.

Given the road trip tribulations endured during the last World Cup qualifying cycle and the inexperience of many of the current crop it is ludicrous (ticket income aside) that this was Berhalters first away game. If the Americans could not handle a half-empty MLS stadium in Toronto, how badly might they fare in Mexico City, against Honduras in San Pedro Sula, or in the Costa Rican capital, San Jos?

The US have not won on the road since they beat Cuba 2-0 in Havana in October 2016. Tuesdays outcome extends that streak to 10 matches without a victory. The defining image of the evening for the Americans? Christian Pulisic being substituted after 60 fruitless minutes and then howling and gesturing in existential agony, Americas brightest star devolved into Munchs The Scream in shorts and shinpads.

Berhalter told reporters afterwards that the 21-year-old has been battling flu-like symptoms. Perhaps he also feels sore from carrying the team on his back for three years. A below-par Pulisic, whether through illness, injury or rust from his lack of minutes at Chelsea, would present a grave problem for an American side that has few good attacking ideas without him.

Still, key man off the field and 1-0 down with half an hour to play? That is a situation where a team might look to its coach to conjure an inspired substitution or a tactical masterstroke. But the response to Alphonso Davies 63rd minute goal was a string of sideways passes, possession without purpose, as the US chased the game with as much cutting edge as a preschoolers pair of plastic safety scissors. Canada continued to look quicker, more coherent and more dangerous and added a second on the break through Lucas Cavallini in stoppage time.

As well as seeking to end a 17-match winless streak against their neighbours, Canada were on the hunt for Fifa ranking points in order to rise above El Salvador, the worlds 72nd best team. The top six Concacaf nations in Fifas rankings next June will go into the Hexagonal World Cup qualifying round, which delivers three automatic berths for a trip to Qatar.

The Americans, meanwhile, looked like they felt it would be uncool to get too worked up about a Concacaf Nations League group fixture. I wasnt happy with the desire that we displayed tonight, Berhalter told reporters. That is a jarring admission. Spirit used to be a given whenever a US side took the field at least until the dog days of the Jrgen Klinsmann regime.

Did the team think they could glide past an improving Canada on skill alone? A misguided belief, if so. Berhalter does not have a vintage crop of players at his disposal. And the US Soccer Federation poured pressure on itself, and the 46-year-old, by taking a year to appoint a permanent coach following the World Cup qualifying debacle, then choosing a low-profile figure who made his name as a tactician at a blue-collar MLS club.

Expectations remain high, even as the talent pool has grown more shallow. All the more important, then, that Berhalter lives up to his reputation as the method man – the clear-headed coach who devised a system that squeezed the best out of his players at the Columbus Crew.

The start of World Cup qualifying is still 11 months away, but another poor performance and result when Canada face the US in Orlando next month would see concern escalate into alarm. Ten months is not a long tenure and is less time than it took to complete the hiring process but patience is rightly in short supply among the fanbase, who have had enough of being told that the team is in learning mode and that setbacks are growing pains.

Suppressing doubts about Klinsmann and hanging on until after the start of the qualifying cycle before replacing him failed to work out last time. How long are Berhalters bosses prepared to wait for him to mould a team that is assertive, rather than aspirational? They are unlikely to be in a hurry.