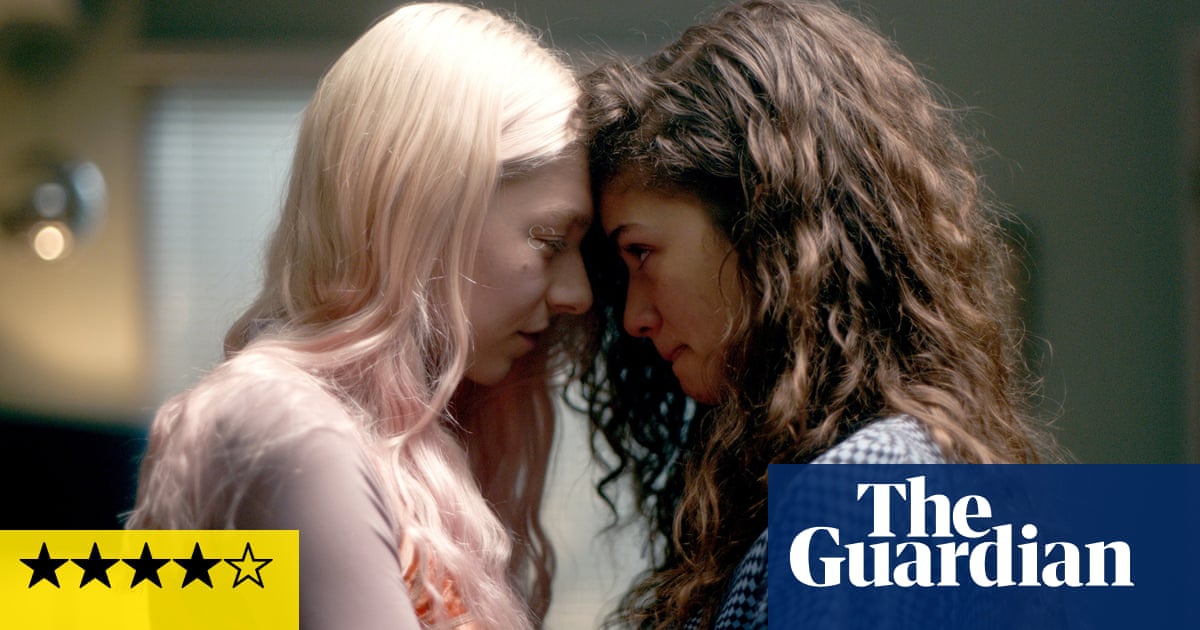 Few new series have achieved such notoriety with quite the same speed as Euphoria (Sky Atlantic), the teen-populated US drama that is so explicit in its weary portrait of drug use and sex that it makes Skins look positively Victorian. This pilot episode serves as both a taste and a warning: if you can accept that it depicts its world with the flippancy of an Instagram scroll, then its rewards are vast, particularly in terms of its emotional depth. But early on it brims with pills, drink, apps, erect penises, loving sex, cruel sex and nude pics, ever present and lurking, but horrifyingly casual, as if they are an inexorable part of these particular fictional, middle-class, suburban teenagers existences.

Euphoria is far better than its surface look-at-me neediness, though. It opens with a heavy teen-angst monologue that points out one of the most horrifying aspects of the whole affair, at least for this particular viewer that its protagonists were mostly born after 9/11. Rue is our lead, an omniscient narrator who weaves with us in and out of her peers lives. She has mental health issues that have been variously diagnosed and medicated, but which she prefers to address with her own risky prescription of illegal substances. I know it may all seem sad, but guess what? I didnt build this system. Nor did I fuck it up, she intones, with all the wisdom of a wordy 16-year-old trying on her own maturity for size. The former Disney star Zendaya is reinvented as the self-destructive, self-loathing Rue, in what is a truly astonishing, mesmerising performance, upending every expectation of what she could do.

Rue has been in rehab for the summer, following an accidental overdose, and after a period of being clean, her first mission at home is to get as high as she possibly can once more. She does so with the precision of a professional. Euphoria has a tendency to go off on dream-like tangents, which is both self-conscious and charming. One of Rues drug dealers is a child with a tattooed face and a vocabulary made almost entirely of chemical formulas; he is yet to be explained, but his presence adds to the overall woozy feel. Every character here is hyper-articulate, quippy and analytical, using glibness as a defence against the many wounding experiences with which they are not yet able to cope. Once he tried to finger me on the dancefloor without my permission, but, its America, says Rue, drily, of the furious jock Nate, a sinister presence for whom the words daddy issues do not even come close.

The controversy that accompanied Euphorias debut on HBO centred on the assumption that it was aimed at teenage viewers, and perhaps even younger. If that were the case, it makes substance-fuelled house parties look as appealing as following that paper boat down the drain just because a clown told you to, so Im not sure there is much to worry about. But Im also not even sure that it works as well for a young audience as it does for those of us who can look back with relief that this painful, dramatic part of life is over.

Euphoria will certainly not appeal to all tastes, but it is far less brash than it has been made out to be. There are deep sophistications hidden within its more straightforwardly angsty digressions. When Rue meets her new best friend, Jules (Hunter Schafer), who has just moved to the suburbs, it becomes a semi-romantic adventure and the series ability to conjure up the intoxicating vitality of relationships like that is remarkable. When Jules meets an older man for sex, the abuse of power is complicated and the show is all the more powerful for resisting the urge to be didactic about it. Rue is a scammer and a hedonist, but she still feels guilty about what she is putting her family through. The heroically droll Kat promises hidden depths. For all of its bleak vision, sympathy is not in short supply, and it is hard not to begin to root for these kids to fight their way through to the other side.

Regardless of whether your teenage years were spent drinking cider in a field, playing video games online with friends, studying hard to master a musical instrument or, as here, dissecting brutal sexual experiences in a culture of constant surveillance, there is a fundamental truth shared by almost everyone: adolescence is horribly cruel, and sweetly naive, in ever-shifting combinations of the two. If theres one thing Euphoria understands perfectly, its that.