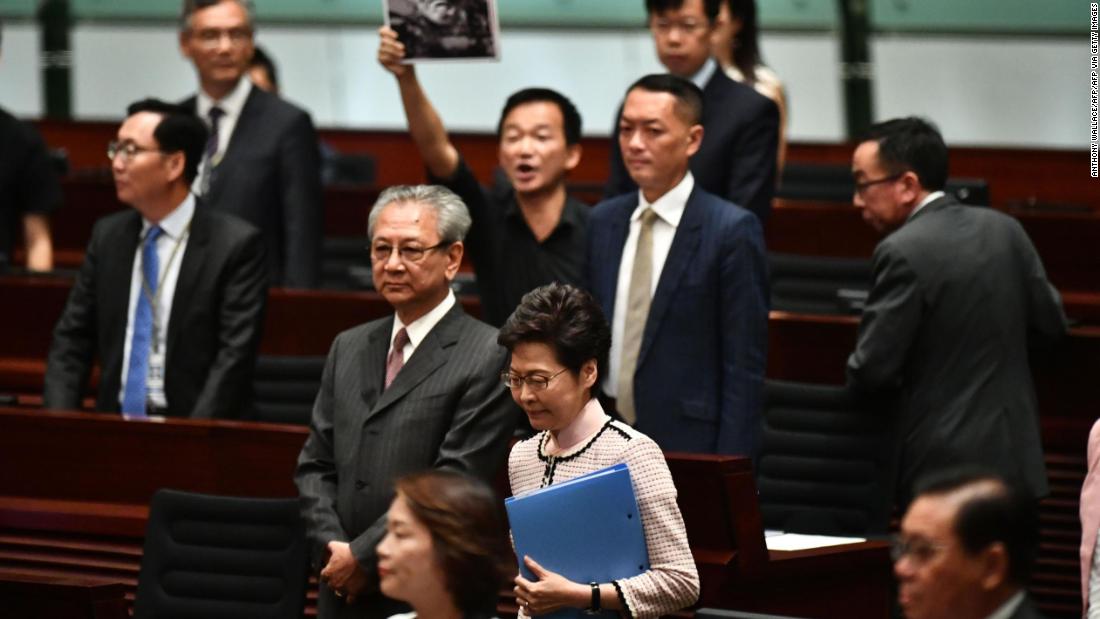 Civic Party lawmaker Tanya Chan accused Lam of having “blood on her hands” and said she had no right to address lawmakers due to the chaos unleashed by Lam’s now-shelved extradition bill with China.
“Since the extradition bill was announced, Hong Kong has been on the road of no return,” Chan said. She has incited many people to come out to the protests. Why is she coming here to talk about the policy address and govern Hong Kong?”
In a speech later delivered by television, Lam said that “people are asking: will Hong Kong return to normal? Is Hong Kong still a place we can live in peace?”
She condemned the violence and said the government would continue to work to stop it — both through policy action and attempting to address the underlying causes — but added that “any acts that advocate Hong Kong’s independence and threaten the country’s sovereignty, security and development interests will not be tolerated.” 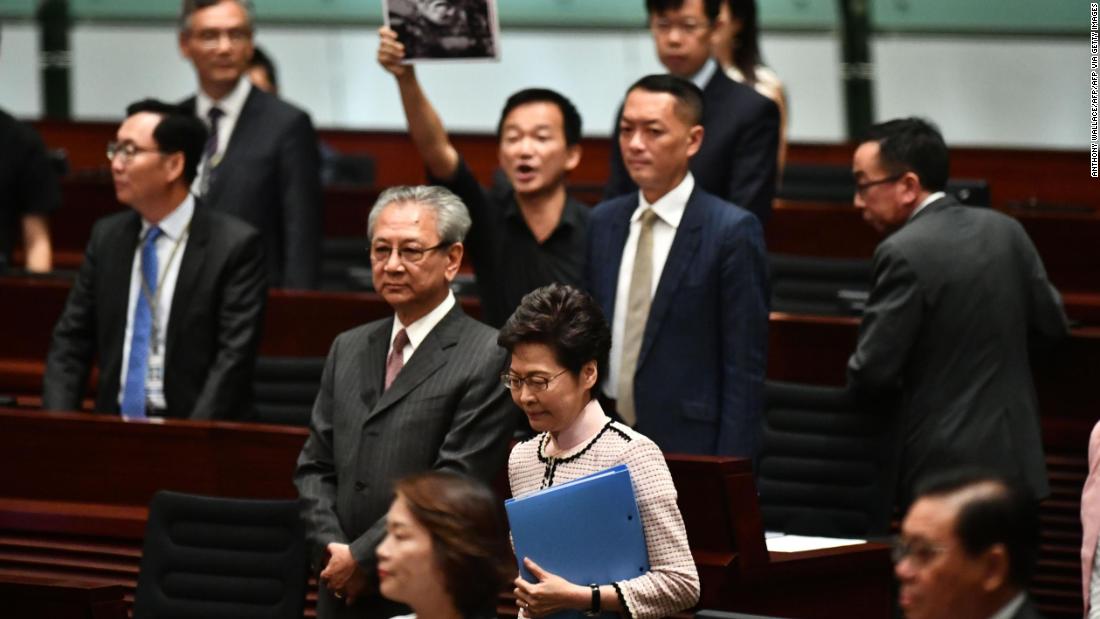 Protests which began over the bill have now lasted more than four months, with the movement’s demands expanding to include other issues such as an independent investigation into police brutality and democratic reforms.
While protests began peacefully, with hundreds of thousands turning out for anti-extradition bill marches, they have grown increasingly violent. Protesters regularly throw petrol bombs and bricks, and have begun vandalizing subway stations and China-linked businesses, as police respond with tear gas and water cannon.
On Wednesday, police arrested two people on suspicion of making explosives, days after a bomb was set off near a police car following another night of violent protests.
A 23-year-old man and a 17-year-old boy were arrested following late night raids on two flats in Hung Hom, in southern Kowloon. They were charged with “making or possession of explosives,” unlawful assembly, and possession of an offensive weapon. Anyone found guilty of possessing explosives deemed likely to “endanger life or to cause serious injury to property” can face up to 20 years in prison.
Police said bomb-making materials, including devices that could be used to remotely activate an explosive, and other weapons were seized in the raids, carried out on “intelligence received” following an apparent attempted bombing of a police car on Sunday. 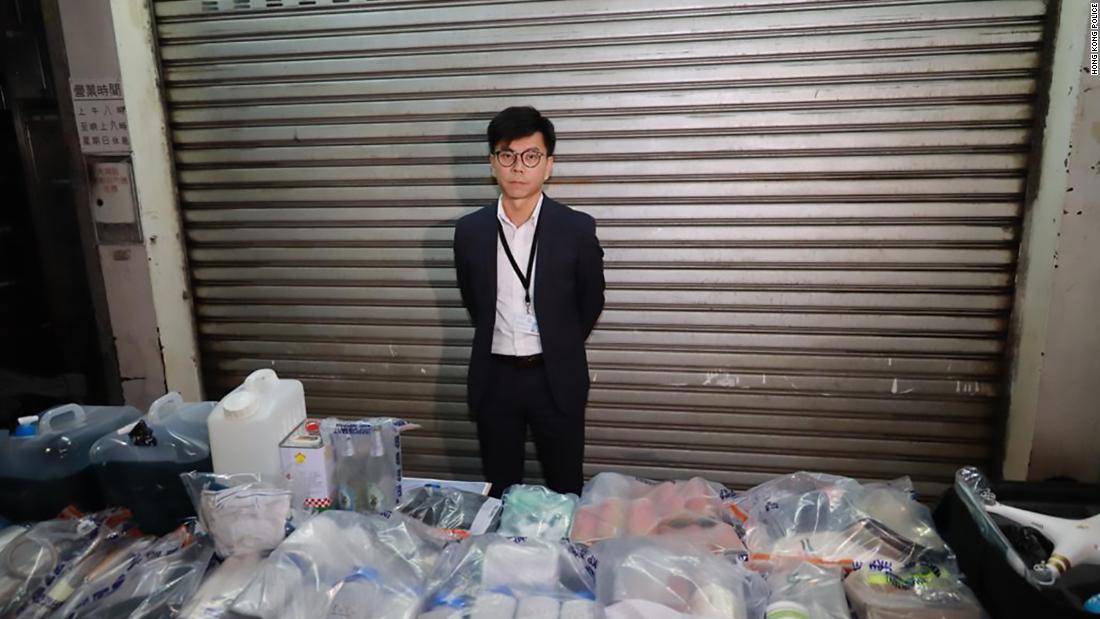 Suryanto Chin Chiu, superintendent of the Hong Kong Police Explosive Ordnance Disposal Bureau, said that the device, which was hidden a short distance from a police car and controlled by a mobile phone, appeared to be homemade but required a significant amount of time and expertise to put together. No one was reported injured in the blast, which took place on Nathan Road, one of the city’s busiest streets.
Speaking Tuesday, Alick McWhirter, senior superintendent of the Explosive Ordinance Disposal Unit, said that Sunday’s alleged bombing was a “calculated and premeditated attack on the police.”
“The blast was felt by officers 10-15 meters (32-49 foot) away — this was not a casual act,” he said. “The attack required planning and the attack place was chosen. They waited until officers exited their vehicles (to set off the bomb).” 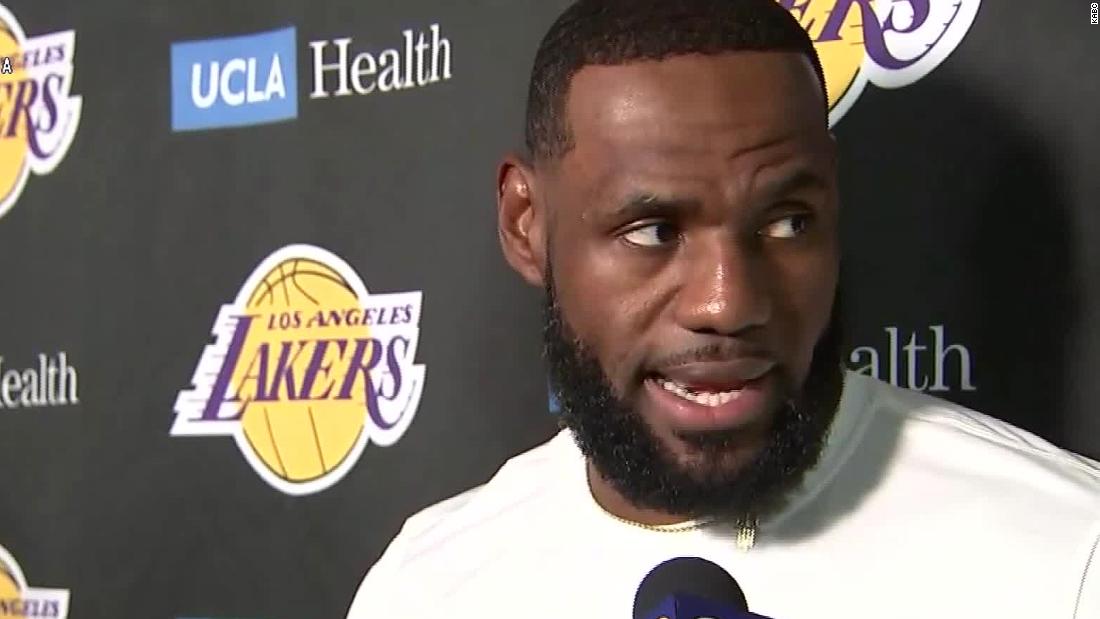 LeBron James weighs in on the NBA-China dispute

The city’s government has struggled to cope with the growing chaos, largely depending on police to reign in the violence. Chief Executive Lam has repeatedly condemned the violence as she remained insistent that protesters’ demands could not be considered while the unrest continues.
Earlier this month, she used colonial-era emergency powers to ban citizens from wearing masks at public gatherings, but this led to a major uptick in violence, and widespread international criticism.
That criticism reached new heights this week as members of the US House of Representatives voted to pass the Hong Kong Human Rights and Democracy Act, which if it receives Senate and Presidential approval would mandate an annual review to determine whether Hong Kong’s autonomy from mainland China remains sufficient to justify the special treatment the financial hub receives under US law. 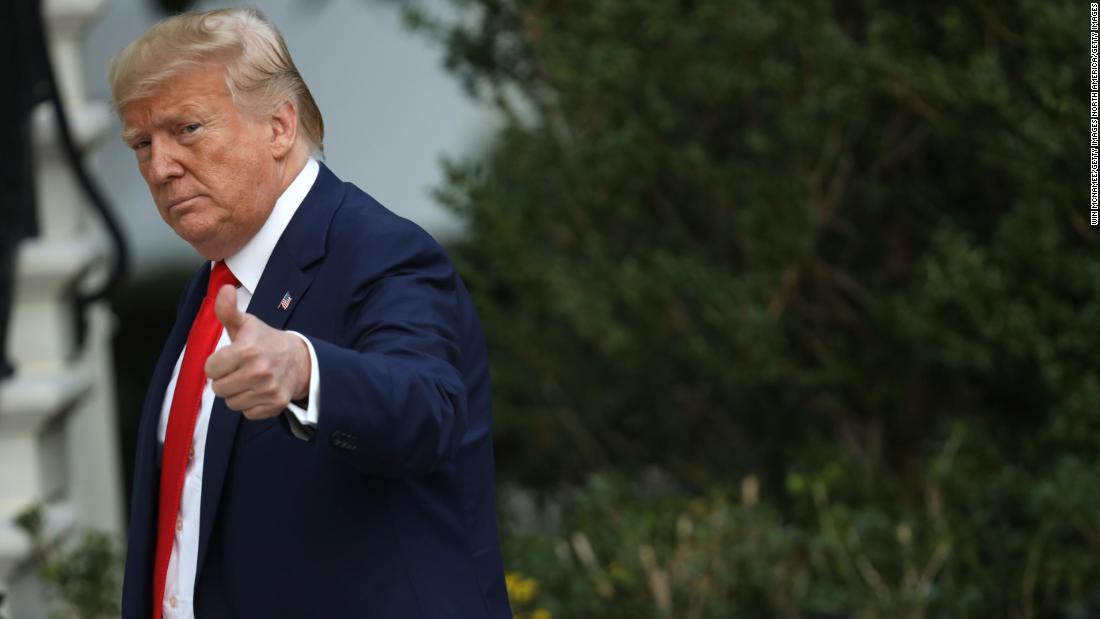 The bill’s initial passage comes after several US lawmakers visited Hong Kong, and prominent pro-democracy politicians and activists in the city, including Joshua Wong, lobbied for lawmakers to approve it.
In a statement Wednesday, China expressed its “strong indignation and firm opposition” to the bill, accusing Washington of interfering in “China’s internal affairs.”
“The current situation in Hong Kong has nothing to do with human rights or democracy,” said Foreign Ministry spokesman Geng Shuang. “The real issue is to promptly end violence, restore order and safeguard the rule of law.”
Geng added that the bill “fully exposes the shocking hypocrisy of some in the US on human rights and democracy and their malicious intention to undermine Hong Kong’s prosperity and stability to contain China’s development.”
“The US has important interests in Hong Kong,” he said. “If the relevant act were to become law, it would not only harm China’s interests and China-US relations, but would also seriously damage US interests.”
It is unclear whether the Hong Kong bill will ever become law. The Senate version of the legislation is still awaiting a floor vote and differs from the House version, meaning additional debates will likely be required. Any combined bill will then have to go to US President Donald Trump for his signature.
While Trump has remained largely silent on the Hong Kong protests amid trade talks with the Chinese government, he has previously expressed a willingness to make deals on supposedly separate issues, and recent progress on the trade war front could be damaged by his government taking such a combative stance on Hong Kong.
Related: Asia, news