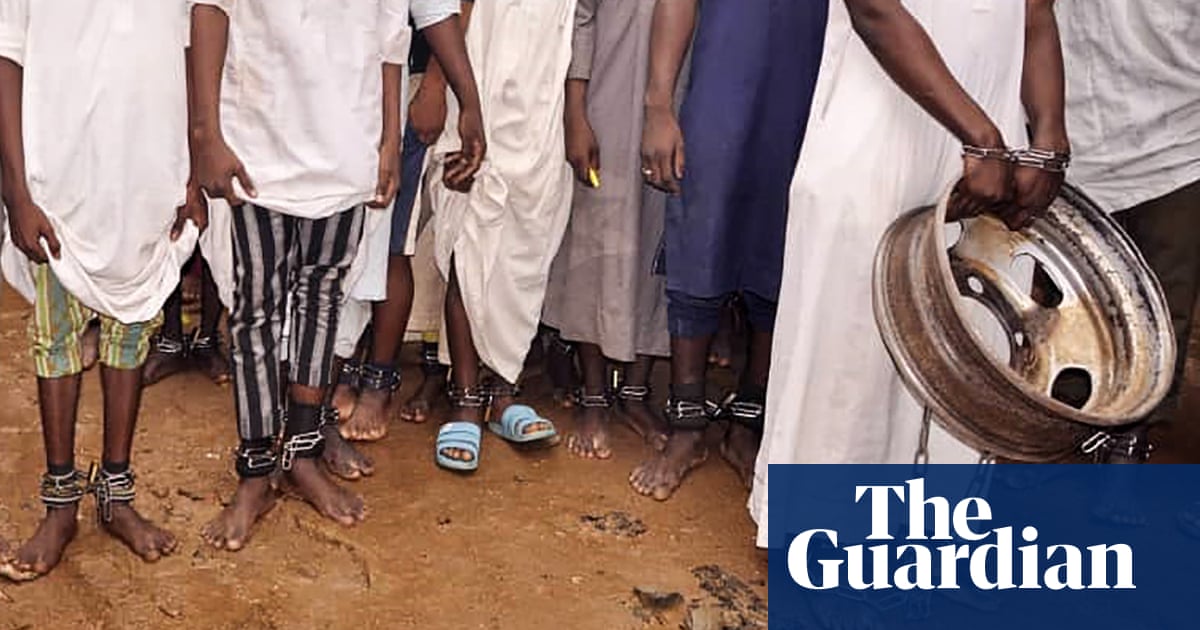 Nigerian authorities have been scrambling to find the families of hundreds of boys and men freed from a school where some had been kept in chains, sexually abused and tortured.

Police freed as many as 400 captives, aged from six to 50, from the house in Kaduna, northern Nigeria, in a raid on Thursday. Some were chained to radiators, tyres or hub caps and others bore visible signs of scars from being whipped and beaten.

More than a dozen, including 10 children, were taken to hospital on Saturday. All the adults were in critical condition, with one vomiting blood.

Police set up a makeshift camp for the others on the outskirts of the city and were registering them on a list.

Outside, dozens of parents gathered to collect their children. Some had paid tuition fees to the men running the house believing it to be an Islamic school, while others viewed it as a correctional facility with no expectation of instruction.

The Kaduna state police spokesman Yakubu Sabo said the dehumanised treatment they found made it impossible to consider the house an Islamic school.

Local media said some of the children had been tortured, starved and sexually abused. Reuters was unable to immediately verify the reports.

Hafsat Mohammed Baba, the states commissioner of human services and social development, said a headcount had accounted for just 190 people, including 113 adults and 77 children. The reason for the discrepancy in numbers was not immediately clear, but authorities said some of those who were freed had fled immediately.

Police raided the school after a relative was denied access to the captives. Seven people who said they were teachers at the school were arrested during the operation.

Police called on families from across the region, including the nearby countries of Ghana, Mali and Burkina Faso, to collect the freed captives. However, some of the boys were reluctant to return home with their families.

Mohammed Sani Abu Shaaban, a father of 13 from the Kaduna suburb of Nasarawa, sent his sons Salim, 16, and Jamilu, 25, to the school for more than three years.

He paid 34,000 naira (76) a term and said it had helped his sons, particularly Salim. Now that they are set free, he may relapse into his past negative attitude of absconding from school and other vices, Shaaban said.

Islamic schools, known as Almajiris, are common across the mostly Muslim north of Nigeria. Widespread poverty prompts many parents to leave their children at the institutions, but they have been dogged by reports of abuse and accusations that some children are forced to beg on the streets rather than get an education.

Some activists have called on the government to outlaw the schools.

But Shaaban, who said he visited regularly and never saw signs of poor treatment, called on the state to keep the Kaduna school open. The closure of the school is really a source of concern and very disturbing to us who have unruly children and wards, he said.