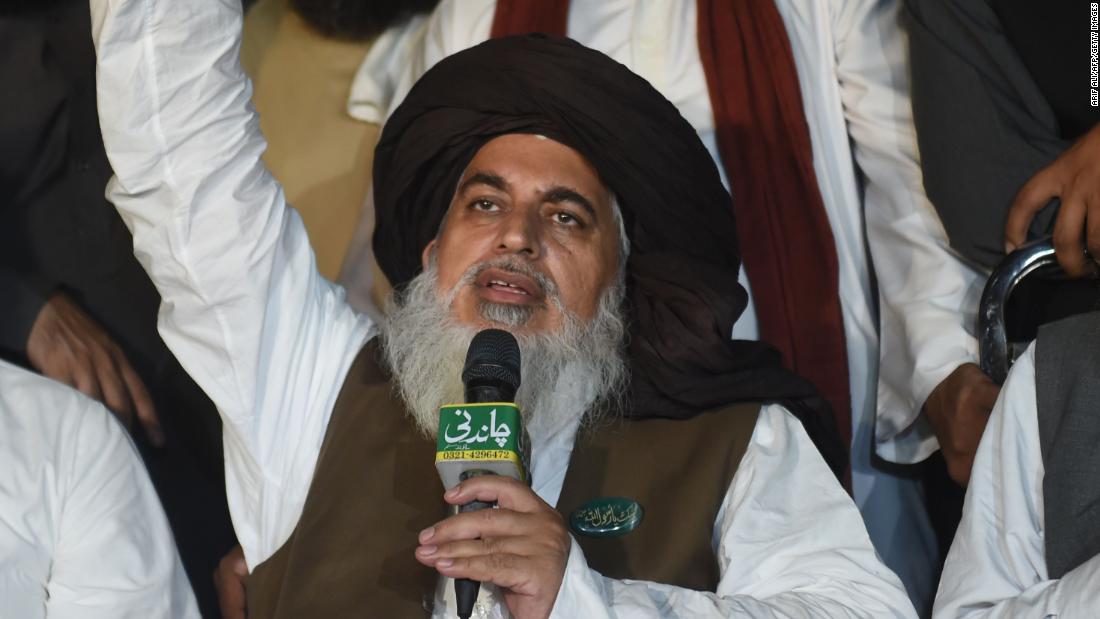 Islamabad, Pakistan (CNN)Police have taken the leader of Pakistan’s far-right Islamist Tehreek-e-Labbaik movement and dozens of his supporters into “protective custody” in the country’s province of Punjab.

The government has denied the detentions have anything to do with Bibi, who is in hiding in Pakistan amid calls for her death.
“(TLP leader) Khadim Hussain Rizvi has been taken into protective custody by police and shifted to a guest house,” Fawad Chaudhry, the federal minister for information and broadcasting, said on Twitter.
“They insisted to come to Rwp (Rawalpindi) refusing (the government’s) proposal for alternative arrangements. It’s to safeguard public life, property and order and has to do nothing with Asia Bibi case,” he wrote.
Life as a Christian in Pakistan
In a subsequent tweet, Chaudry said the government had tried to convince the hard-liners not to protest “but they refused every offer and started to provoke violence.” He said the “law shall take its course and it cannot be left to individuals.”
A spokesman for Punjab’s government, Shehbaz Gill, also said the arrests were aimed at preventing protests from going ahead out of fear for public safety.
Gill said that public order was disrupted the last time the TLP took to the streets, saying that protesters jammed into cities, attacked public properties and burned cars.
The TLP went on the rampage when Bibi was acquitted late last month, with violent protests in Islamabad and Lahore.
Bibi’s lawyer, relatives and supporters have appealed for the family to be given asylum in Europe or North America. Several countries have indicated their willingness to offer a home, but so far nothing concrete has emerged.

Mark Zuckerberg shares the first projects he ever coded

Ant told off by judge after no-show

Her Son Was a High Priest of Santa Muerte. He Died in a Hail...