In newly released audio, then California governor can be heard making racist remarks on phone call with Richard Nixon 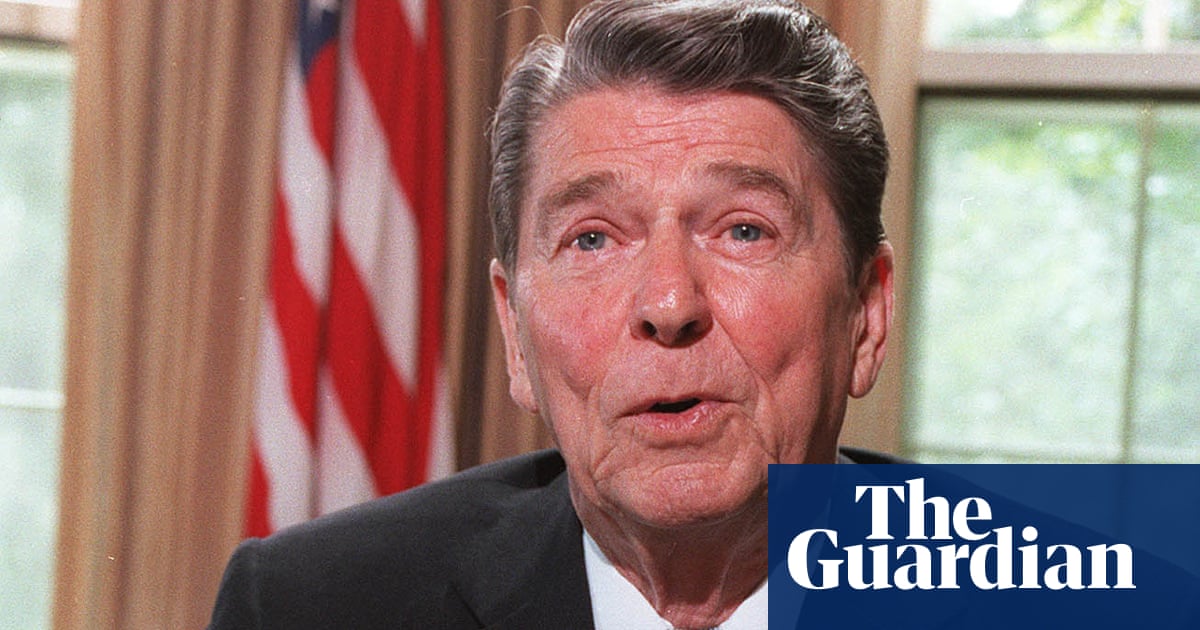 Ronald Reagan made racist remarks about African delegates to the United Nations, calling them monkeys and saying they were still uncomfortable wearing shoes, newly released audio recordings have revealed.

Reagan, the actor turned politician who was a popular two-term president, made the comments in a phone call with the disgraced former president Richard Nixon as the two discussed a 1971 vote by the UN to recognize China, instead of the US ally Taiwan. At the time of the call, Nixon was still president and Reagan was governor of California.

The two were discussing the Tanzanian delegations reaction to the vote, after delegates danced in the chamber.

To watch that thing on television, as I did, to see those, those monkeys from those African countries damn them, theyre still uncomfortable wearing shoes! Reagan tells Nixon, who erupts in laughter.

The recording was first published in the Atlantic magazine in an article written by Tim Naftali, who directed the Richard Nixon Presidential Library and Museum from 2007 to 2011.

The news comes as the current occupant of the Oval Office, Donald Trump, is engulfed in controversy after making racist remarks about the city of Baltimore and a black congressman whose district partially covers the city. Trump who frequently uses racist or racially charged language called Baltimore a rat and rodent-infested mess and the worst in the USA.

In the Atlantic, Naftali writes that the conversation between the two men had been originally released in 2000 with the racist portion removed to protect Reagans privacy.

After Reagans death in 2004, the privacy concerns were eliminated, and last year Naftali requested the full release of the recordings. They were released earlier this month by National Archives, which made them available online.

Reagan, a conservative icon, was a strident supporter of Taiwan and despised the UN and wanted the US to withdraw from the international organization immediately, according to Naftali.

Other recordings show that Nixon paraphrased Reagans comments as a way of expressing the same opinion without repeating the exact slur.

In a subsequent call to his secretary of state, William Rogers, Nixon recounts his conversation with Reagan about the UN delegation from African nations.

He saw these, uh, he said these, uh … these cannibals on television last night, and he says, Christ, they werent even wearing shoes, and here the United States is going to submit its fate to that, and so forth and so on, Nixon says.

The president wanted his patrician secretary of state to understand that Reagan spoke for racist Americans, and they needed to be listened to, Naftali writes in the Atlantic.