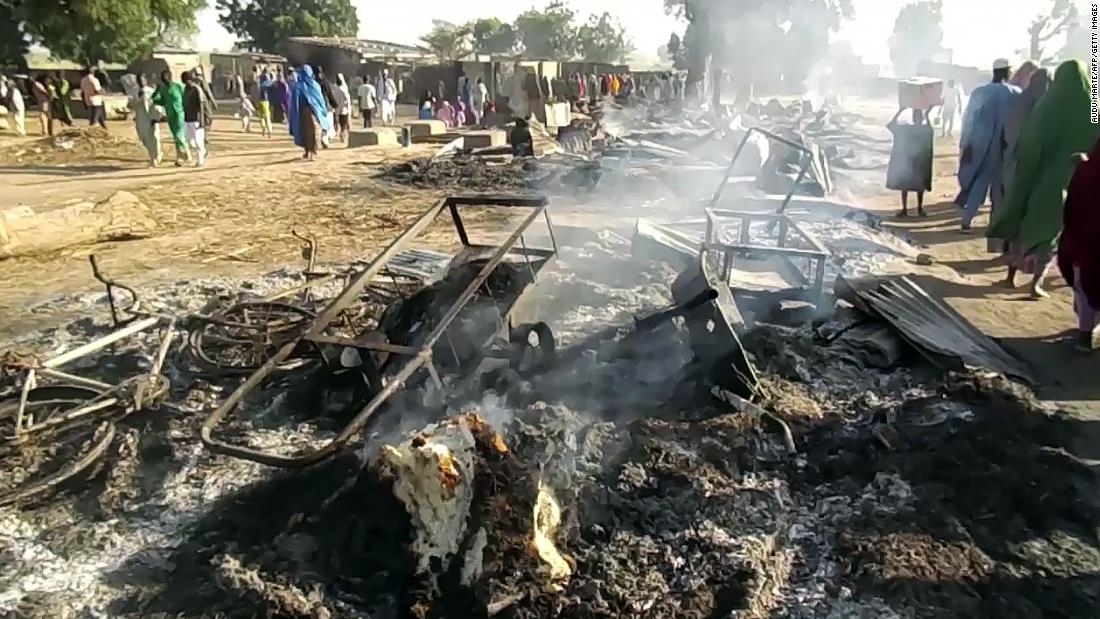 Abuja, Nigeria (CNN)At least 65 people are dead following a suspected attack by Boko Haram on a funeral gathering in northeastern Nigeria, according to local officials.

Twenty-one people were initially killed during the burial ceremony, Bulama said. An additional 44 people were killed when villagers ran after the assailants, the official said.
At least 10 people were injured in the attack. Eight of them were critically wounded and were being treated at an area hospital, he said.
Boko Haram militants have inhabited the northern states of Nigeria for the past decade. The terror group says its aim is to impose a stricter enforcement of Sharia law across Africa’s most populous nation, which is split between a majority Muslim north and a mostly Christian south.
The group has bombed churches and mosques; kidnapped women and children; and assassinated politicians and religious leaders.
In January, the escalating violence forced 30,000 Nigerians to flee the country over a two day period, the UN refugee agency said.