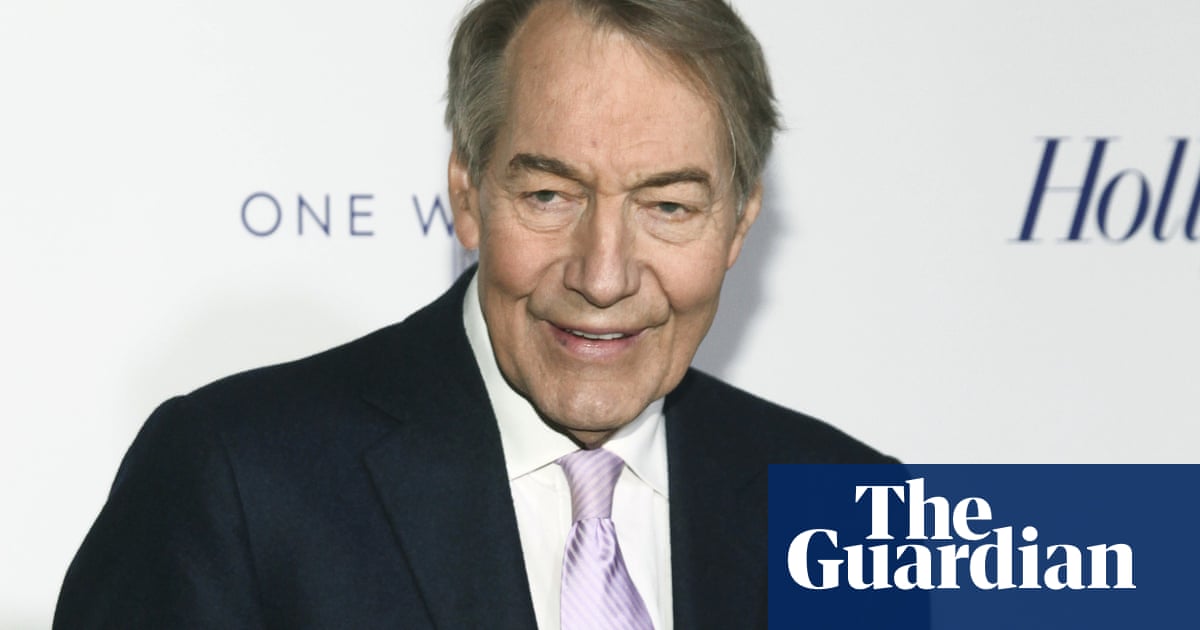 The disgraced TV host Charlie Rose used his eponymous PBS interview show as an instrument of his predatory sexual behavior, turning his studio into a sexual hunting ground, his longtime makeup artist has alleged in a new lawsuit.

Rose, now 77, saw his PBS show cancelled in November 2017 after misconduct allegations emerged. A high-profile casualty of the first phase of the #MeToo era, in which a number of famous men faced accusations of sexual misconduct and assault, he was also fired by CBS News.

Responding to the new lawsuit, which was filed in Manhattan state court, Roses attorney said he denied allegations that makes a good tabloid story, but not much else.

Gina Riggi managed makeup for the Charlie Rose show for 22 years. She claims to have endured misogynistic, abusive behavior demeaning, embarrassing and degrading her because of her gender, ridiculing her physical appearance and physically accosting her on the set, forcing her to use a hand mirror to protect herself from him.

Rose is also alleged to have created a toxic work environment suffused with sexual harassment and gender-based abuse for female staff, using the show as an instrument of his predatory sexual behavior, and the Bloomberg studio where he recorded it as a sexual hunting ground.

Rose is alleged to have preyed on women at his Manhattan and Hamptons homes, as well as trendy restaurants where he insisted on hosting staff events.

Mr Rose routinely groped and pawed at his female staff, pressed himself against them, hugged them, kissed them, pulled them toward him, whispered in their ears, stared at their breasts, looked down their shirts and otherwise subjected them to inappropriate and unwanted physical contact, continues the suit, which was filed on 19 September.

Riggi also says she once heard a female producer make reference to the crusty claw, a reference to Mr Roses propensity to grab female staff inappropriately.

In a statement to the Guardian, Roses lawyer, Jonathan Bach, said his client vehemently denies and will vigorously contest these allegations.

Riggis allegations, Bach said, are completely inconsistent with written statements made by the plaintiff to Mr Rose, including I love working for you at your show, and would love to be part of any show that you host, I consider it an honor to be a member of your team and Hope to see you more often! Please stop by anytime, with a smiley face.

This is not a lawsuit about any real legal wrongs directed at the plaintiff, Bach continued, as much as an opportunity to recycle second- and third-hand, unproven allegations she and her lawyer have managed to scrounge together. It makes a good tabloid story, but not much else.

The civil complaint alleges that Rose targeted young, attractive women just beginning their journalism careers, dangling internships and jobs to lure them to interviews and career discussions with him, often over drinks and dinner.

But, far from being an advocate for their careers, Mr Rose treated them as sexual targets, using his power and influence to serve his personal desires. In many instances, he never offered these women any employment at all.

Riggi claims that she was verbally abused on an almost daily basis. She alleges Rose regularly swatted at her physically as she attempted to comb his hair or adjust his makeup.

On one occasion, the suit adds, while taping on location outside of the studio, Mr Rose became upset while Ms Riggi applied his makeup, and forcefully grabbed and twisted her arm, physically hurting her.

Riggi protested and told supervisors, the suit says, but did not receive a response. Eventually, she resorted to using a large hand mirror as a shield so that Mr Rose could not physically assault her.

Riggi also claims she was improperly classified as a contract worker, wrongly making her ineligible for unemployment benefits when Roses show ended.

At no time was the plaintiff an employee of ours, a Bloomberg spokesman told CNN. We understand that the plaintiff was a contractor of Charlie Rose Inc, and given that they operated independently of us, any of her compensation would have been handled solely by [them].

We have no records of any complaint, the spokesman also said.

PBS did not immediately respond to a request for comment.