This article was first published by RNZ.co.nz and is republished with permission.

An Auckland couple who picked up a supposedly desexed dog from a Hawke’s Bay pound before Christmas are now caring for eight puppies.

Sarah Bryant and Hera Nathan are now trying to get answers – and money – from the Hastings District Council, who she claims have offered to put the young pups down.

Bryant told First Up‘s Lydia Batham that the advertisement on their website stated it would cost $250 for Bella to be desexed, vaccinated, wormed, and get flea treatment.

Bella was picked up the weekend before Christmas last year by Nathan’s sister, who handed over the sum upon arrival but was told Bella was not vaccinated, Bryant said.

“[She] just assumed that was part of the agreement and didn’t ask any questions. She was told she had to sign an adoption form on our behalf, so she did that, and on the form there’s a few boxes and it says vaccinated, wormed, desexed, etc, and there was a cross in the vaccination box, but that was the only one that had any marking in it.”

Bryant said they were confused when they were told by the sister that Bella was not vaccinated, but took her to the vet to get it done.

That was when they decided to ask to check on the other items on the list, including desexing.

“[The vet] looked at [Bella] and said she doesn’t have a scar or anything, it doesn’t appear like she is [desexed], it actually appears like she is on heat.

“He said he wouldn’t desex her while she is on heat, apparently there’s a potential for that to cause a whole lot of bleeding and issues, so he said to bring her back in March to have her desexed or she could potentially be pregnant, and I’m not going to know for a couple of weeks, so bring her back.”

In the meantime, Bryant said they had been trying to contact the pound but got no response.

When Bella was taken again to be checked, the vet said it could be potentially be a false pregnancy but couldn’t be sure, Bryant said.

“He said the only way you’re going to know, so we can figure out if you can do desexing or not, is to take her in for an ultrasound.”

But while they waited for the day of the booked ultrasound appointment to arrive, Bella delivered eight puppies.

“It was definitely a surprise, and at the time we were just like ‘well it’s happening now’, and just sat with her and waited for all the puppies to come out … and made sure they were healthy.”

Bryant said it was “not what we signed up for”, and had been in touch with the council to possibly ask for money back or pay for Bella’s treatment and something to contribute towards the puppies.

“[The person contacted at the council] said that that wasn’t part of their policy and that their policy would be that we could surrender them and they could put them down, and so I said that’s not an option for us.”

After another chat, the council offered a refund of up to $250 for the desexing, vaccination, worming, flea treatment or again to surrender Bella with the puppies, Bryant said.

She said she was angry about being told they would be put down.

“I tried calling back to say that’s not an acceptable resolution and we need to work this through, and that was on Tuesday and I left a message, and I haven’t heard back again from them.”

SUPPLIED/SARAH BRYANT
Bella and her pups.

In a statement, Hastings District Council said dogs that were adopted were treated for fleas, wormed, vaccinated, microchipped, registered and desexed prior to release at a cost of $250.

However, the council claims that because the owners wanted the dog immediately, it was agreed for them to pay $250 up front but they would have to make their own arrangements for treatment and desexing.

It said the dog was registered and microchipped prior to release, and that the person who picked Bella up was aware none of the treatments, including desexing, were done.

The council said it offered to pay for the treatments up to a cost of $250, but 36 days later, Bella had puppies.

Since Bella was at such an early stage of gestation when taken, the council said it could not have known she was pregnant.

“We have had discussions with the owner since the birth of the pups – they are wanting us to pay to look after the pups for three months, but this is not council’s responsibility.

“When you adopt a dog, or get a dog from anywhere, you run the risk that it may have health or behavioural issues or, as in this case, be pregnant.”

The council reiterated its offer for the owners to surrender Bella and the puppies, but said they could either foster them until they could be rehomed, or get SPCA’s help with this.

“Unfortunately, in some circumstances euthanasia is the best option.”

Bryant said she was in the process of filling out a Disputes Tribunal form, and would like to see the council apologise.

Meanwhile, she said the puppies were  the “cutest little things”, and they were getting support from the community.

This article was first published by RNZ.co.nz and is republished with permission. 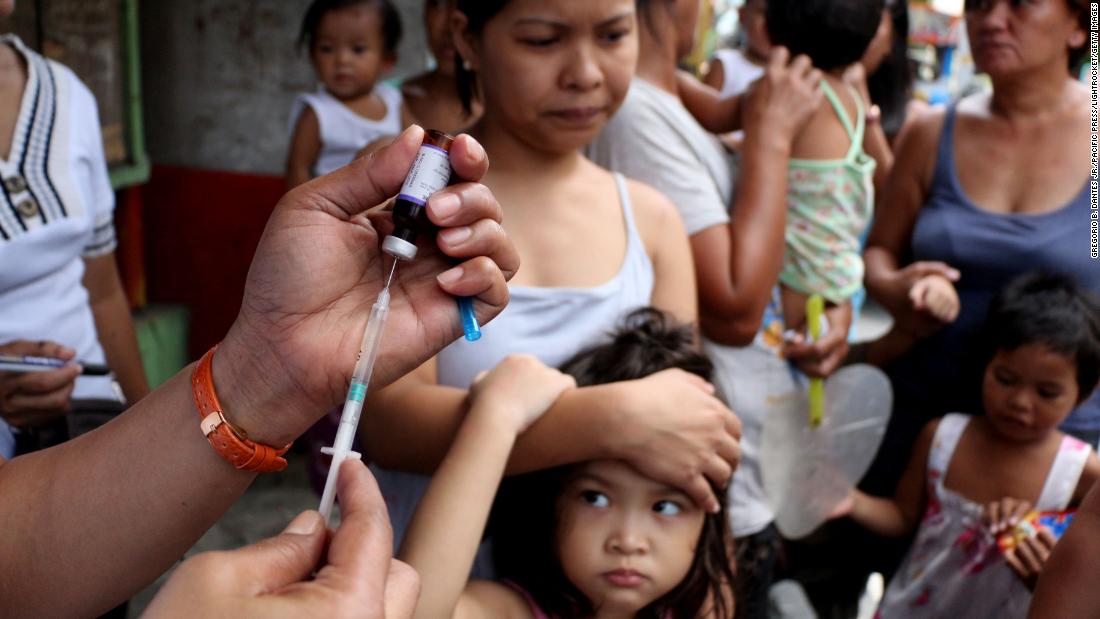 (CNN)The Philippines has reported its first case of polio since it was declared free of the childhood disease 19 years ago, dealing a blow to the campaign to eradicate it.

The World Health Organization said it was “very concerned” at the re-emergence of the disease in the country; UNICEF described it as “deeply disconcerting.”
A global campaign to eradicate polio was launched in 1998 and cases due to the wild poliovirus have decreased by more than 99% since then, from an estimated 350,000 cases to 33 reported cases in 2018, according to WHO.
However, the disease is still present in Pakistan and Afghanistan and the emergence of new, vaccine-derived strains of polio have complicated efforts to rid the world of the disease.
The last known case of wild poliovirus in the Philippines was in 1993. The country was declared wild polio-free in 2000 along with the rest of WHO’s Western Pacific Region.
The Philippines case was unexpected and the country was not on a list of at-risk countries compiled by the Polio Global Eradication Initiative.

In addition to the confirmed and suspected cases, the polio virus was detected in samples taken from sewage in the capital, Manila, and in waterways in Davao, Mindanao, the country’s third-largest city, as part of the regular environmental surveillance, the department said. The samples were verified by the US Centers for Disease Control and Prevention and the Japan National Institute for Infectious Diseases.
The government said it was preparing a rapid response to the outbreak in coordination with WHO and UNICEF, with a mass polio immunization campaign for all children under 5 starting in October.
“We strongly urge parents, health workers and local governments to fully participate in the synchronized polio vaccination,” Philippines Health Secretary Francisco Duque III said in a statement.
“It is the only way to stop the polio outbreak and to protect your child against this paralyzing disease.” 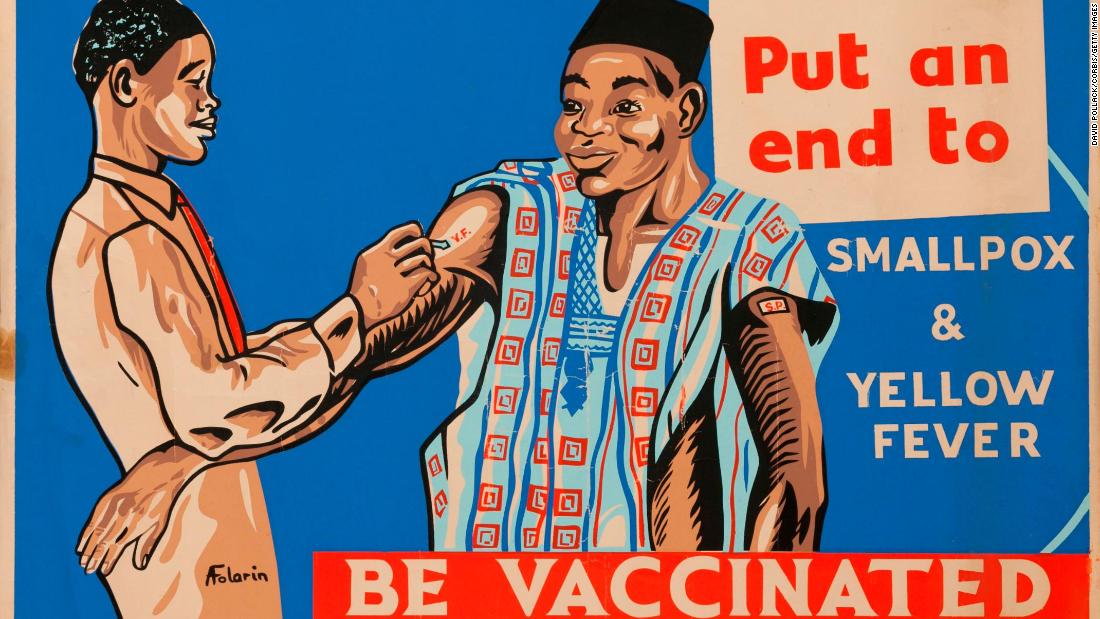 Polio is an infectious disease which spreads rapidly. It can cause paralysis and, on rare occasions, can be fatal. There is no cure for polio — it can only be prevented with multiple doses of polio vaccines, WHO said.
“Aside from immunization, we remind the public to practice good personal hygiene, wash their hands regularly, use toilets, drink safe water, and cook food thoroughly,” Duque added.
Trust in vaccines was undermined in the Philippines after the government was forced to suspend a dengue fever vaccination program in 2017. The drug was distributed to more than 800,000 students as part of a school-based government immunization program, but was halted after clinical trial data showed that it could have unintended consequences in non-infected patients.

The 3-year-old girl was found to have a vaccine-derived strain of polio virus type 2, which WHO said was of particular concern because the wild strain of this virus was eradicated in 2015. 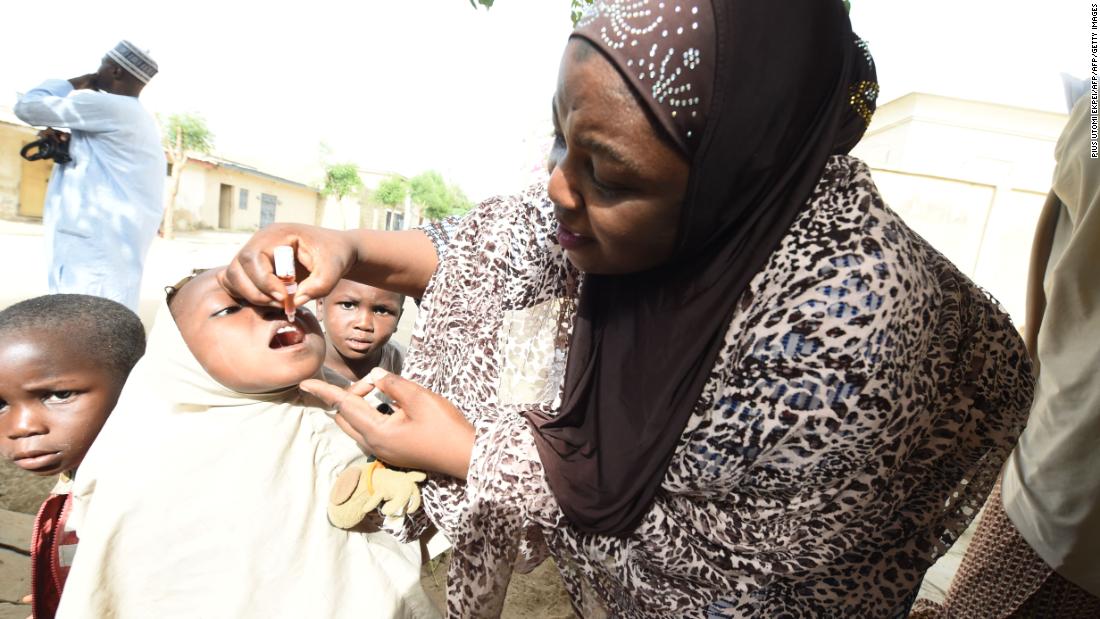 Vaccine-derived polio happens when live strains of poliovirus that are used in the oral poliovirus vaccine mutate, spread and, in rare cases, trigger an outbreak. Most of the time the virus dies off but it can sometimes spread in an area where there is low vaccination coverage.
“If a population is not sufficiently immunized, the weakened virus can continue to circulate. The longer it is allowed to survive, the more changes it undergoes. In rare instances, the virus can change to a vaccine-derived poliovirus (VDPV), a form that has regained the ability to cause paralysis,” WHO said.
“Poorly conducted immunization activities, when too few children have received the required three doses of polio vaccine, leave them susceptible to poliovirus, either from vaccine-derived or wild polioviruses. Full immunization protects them from both forms of the virus,” it added.

Sign up here to get The Results Are In with Dr. Sanjay Gupta every Tuesday from the CNN Health team.