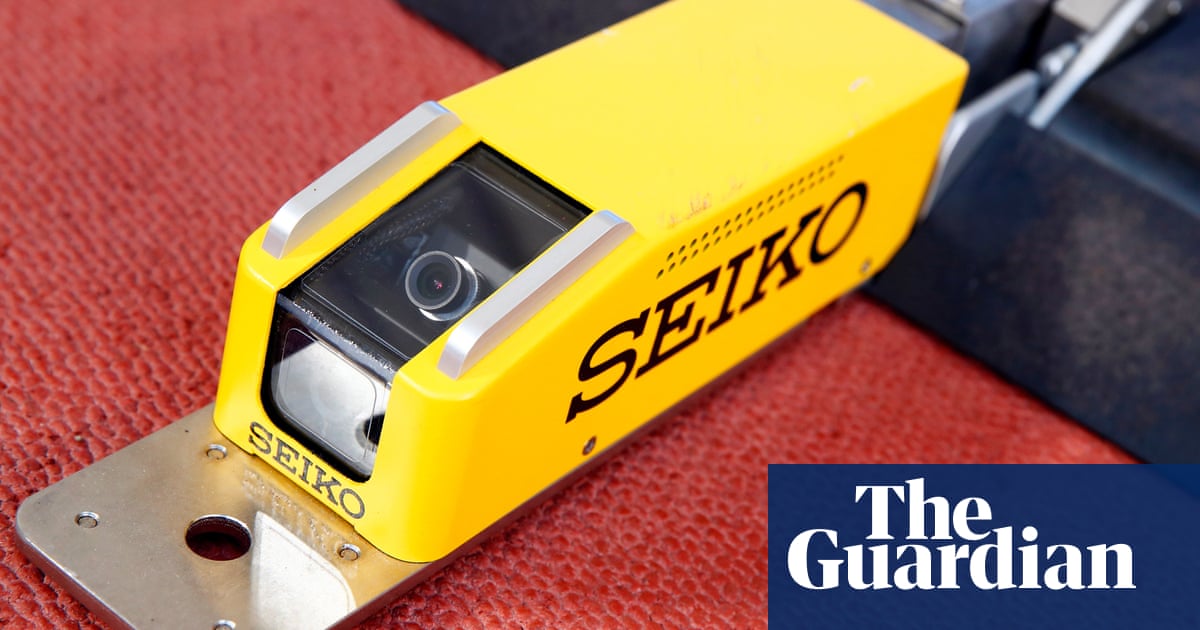 With cameras in the starting blocks peering up the legs of athletes into their eyes, television viewers have been taken closer to the action than ever before at the world championships and it is a little too close for some athletes.

Im not too keen about it because its kind of invading my private space in a sense, said South Africas Akani Simbine, who finished fourth in the mens 100m final. Being in the blocks is one of the athletes sacred spaces and thats the point where you just want to be alone and be free. You have a camera in your face and you dont really want to have a camera in your face.

Justin Gatlin, who won silver in the 100m, made his own preparations for the camera angle. I made sure I had my lucky underwear on, said the American.

For others, the perceived invasion of privacy was not a laughing matter. The backlash against the intrusive angles started as soon as athletes received images from the crotch cams.

My friends told me the pictures werent very flattering, said Britains Dina Asher-Smith, who made history on Wednesday when she won gold in the 200m.

An official complaint came from the German track and field federation. It led to the competition organizers rolling back the use of the cameras that were introduced in Doha as part of a push to attract new viewers. Theyve also introduced pre-race dimming of the lights and graphics being projected on the track, updates that have received a mixed reaction.

We have noted some specific feedback about the block cameras and we have confirmed we have appropriate measures in place to protect athlete privacy during the process of selecting images for broadcast, the IAAF said in a statement. We also have strict editorial guidelines for what is broadcast and these have been observed since the beginning of the championships.

The IAAF installed the two miniature cameras in the starting blocks to capture what it called the explosion of energy from athletes who were only previously seen from above or the side of their heads. Not all competitors objected to the unfamiliar angles.

Its pretty cool for the fan base they get to see us in the blocks, said Canadas Andre De Grasse, who won bronze in the 100m. But you cant get distracted by it. Youve just got to focus on your race and not look too much toward the camera.

The British sprinter Zharnel Hughes welcomed the IAAF innovating but not the execution of the technology.

Sometimes you hear the camera inside the blocks, he said. Its a cool feature but its a bit scary at the same time because its looking up your nose. You arent looking at it. You know its there because when you are set on your blocks you hear it.