Britains fascists targeted Jews in the years after the second world war. This is the story of the 43 Group who fought back 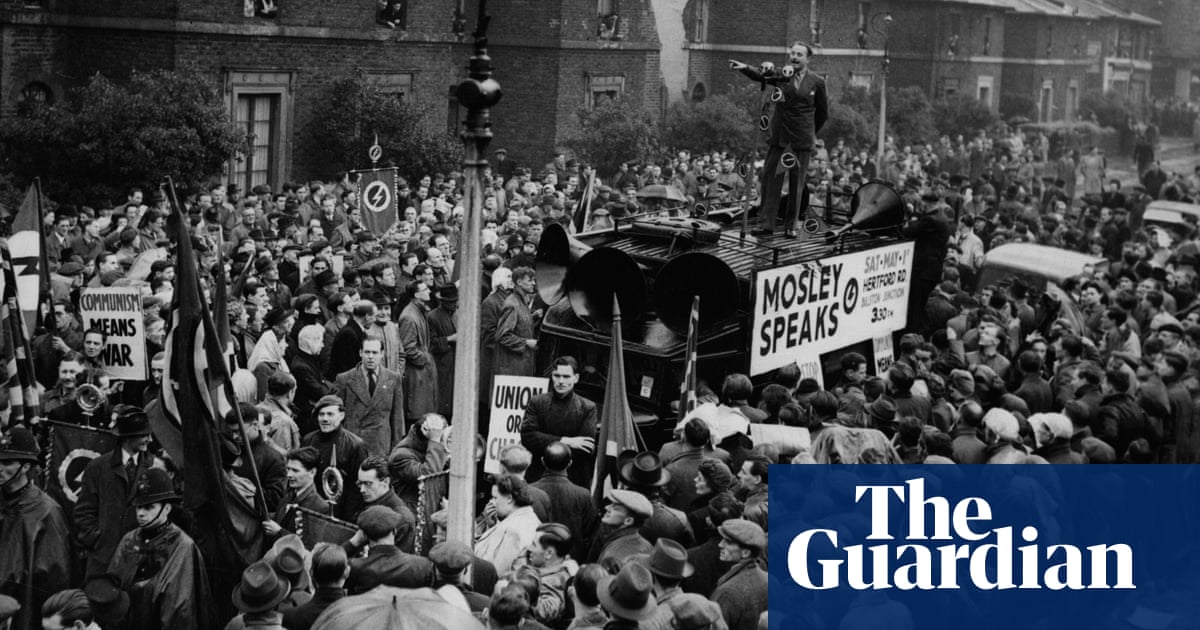 The end of the second world war and its immediate aftermath in Britain is today mythologised on the left and the right as a time when the country pulled together amid hardship. There is truth in that, but as Daniel Sonabends lively account of an overlooked episode in political history reveals, it also had its vicious side. Britains home-grown fascists, who had never quite ceased activity during the war, even after scores of them were interned under Defence Regulation 18B in 1940, were quick to rebuild their networks and resume street activity. It wasnt long before Oswald Mosley, the former leader of the British Union of Fascists, reappeared with a new party, the Union Movement. It continued the old tactic of trying to stir up resentment against Jews in working-class neighbourhoods, by holding rallies at such places as Ridley Road market in Dalston, east London, then still the centre of a large Jewish community.

The fascists believed their ideas would fall on fertile ground: Britain suffered crippling shortages, with rationing even harsher than it had been during the war years, while antisemitism remained widespread. Distorted press reports reinforced the stereotype of the Jewish black marketeer, while prejudice against Jews not overwhelming, but more common, and more openly expressed, than many today would care to remember was further exacerbated by conflict in Palestine between British Mandate forces and Zionist militants fighting to establish a new state. In summer 1947, the killing of two sergeants in Palestine by the Irgun was the trigger for widespread antisemitic riots across Britain, targeting Jewish homes and businesses in Liverpool, Manchester and Glasgow.

Against this background, a small circle of Jewish demobbed soldiers decided to take matters into their own hands and physically prevent fascist groups from spreading their message. The 43 Group, as it came to be known (the origins of the name are murky, but according to Sonabend it either refers to the number of people present at its founding, or the address at which the name was chosen), was somewhere between a community defence organisation and a private spy agency. Its members carried out surveillance operations on the far right, disrupted their meetings and rallies by heckling or pelting the speakers, and most controversially assaulted fascist activists, either in street scuffles or in targeted beatings under cover of darkness. The group only lasted a few years, formed in 1946 and disbanded in 1950 shortly after Mosleys Union Movement disintegrated. But it made a lasting impact: Sonabend estimates that as many as 2,000 people passed through its ranks, including a young Vidal Sassoon, future celebrity hairdresser, and set the template for antifascist action in postwar Britain. When the far right made its reappearance in the 1960s, this time with Caribbean, African and Asian communities as its primary target, it was confronted by activists whose tactics were similar to those of the 43 Group a tradition that continues today.

Through interviews with veterans, and material from antifascist and Jewish community archives, Sonabend vividly reconstructs this story. It has the elements of a political thriller, with stakeouts, sabotage and subterfuge taking place on suburban streets, in West End nightclubs and Lyons Corner Houses. Sonabend, a London-based historian, gets a little bogged down in detail (after a while, one anecdote of a punch-up starts to sound much the same as another) but he provides enough political and social context to convince us why these events matter, and what their resonances might be today. The fascist agitators are both threatening and pompous, with the genocidal implications of their ideas purity of race and nation, a culture of violence, absolute submission to authority jarring with the pettiness of their immediate circumstances. People like this are a joke until, suddenly, theyre not.

Sonabend evokes a fearful and insecure mood among Jewish communities in Britain at the end of the war. People who had fought against Hitler were returning home to face not only growing awareness of the Holocaust, but the possibility that the hatred that underpinned it had survived on their doorstep. (In 1945, for instance, hundreds of residents of Hampstead in north-west London signed a petition opposing the local resettlement of Jewish refugees.) For some, the 43 Groups physical resistance to fascism was not just about defence, it was a way of regaining lost pride. If it achieved nothing else, one veteran said, it gave Jewish ex-servicemen the sense of pride that we are a people, that we can defend ourselves, and were not just running away. For others the fight was not so much about Jewish identity as a wider antiracist struggle: the 43 Groups newspaper reported on lynching in the US, segregation in South Africa and political persecution elsewhere in the world.