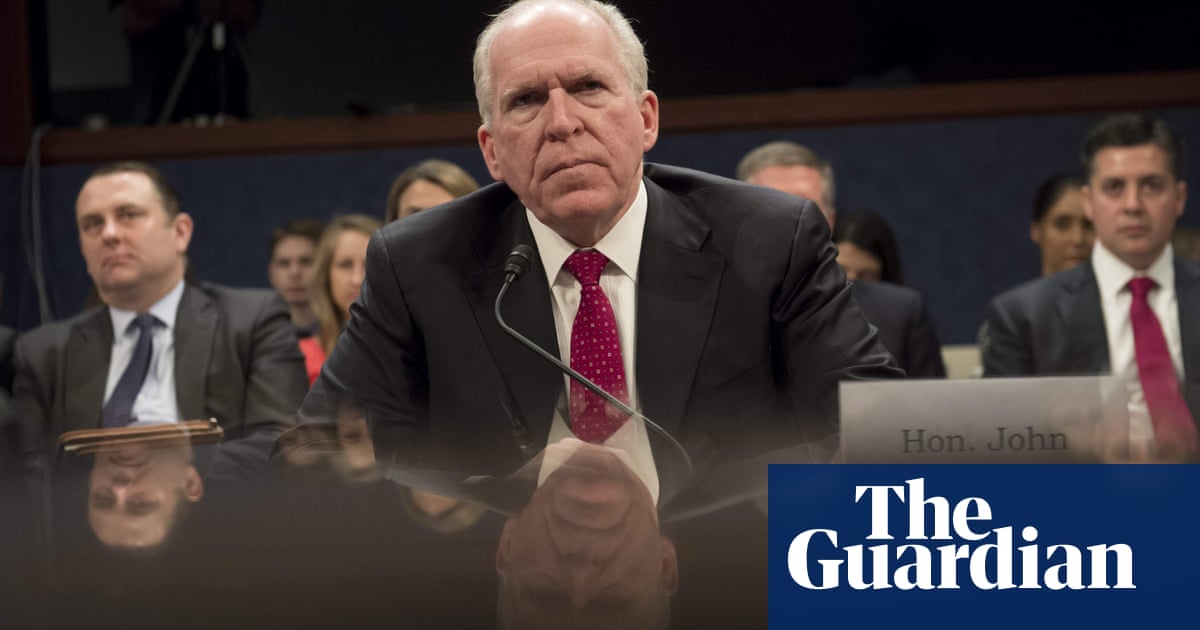 Donald Trump has revoked the security clearance of John Brennan, the CIA director in the Obama administration, citing erratic conduct and behavior.

Brennan has been a vocal critic of Trump.

The move comes as the White House has been rocked by allegations against the president by former aide Omarosa Manigault Newman, including the claim thatan audio tape exists of Trump using the N-word.

Reading a prepared statement from President Trump in the White House briefing room, the press secretary, Sarah Sanders, railed against Brennan. She claimed he has leveraged his status as a former high-ranking official with access to highly sensitive info to make a series of unfounded and outrageous allegations, wild outbursts on internet and television about this administration.

Brennan called the move an abuse of power in an interview with MSNBC.

And on Twitter, Brennan responded by saying: This action is part of a broader effort by Mr Trump to suppress freedom of speech and punish critics. It should gravely worry all Americans, including intelligence professionals, about the cost of speaking out. My principles are worth far more than clearances. I will not relent.

He added in an MSNBC interview: This is not going to deter me at all. I am still going to speak out. He described it as an effort to cow individuals inside and outside the US government and compared it to behavior from foreign tyrants and despots.

Sanders had in July floated removing Brennans clearance along with a number of other Obama administration officials. At the time, the House speaker, Paul Ryan, laughed off the threat, telling reporters of Trump: I think hes trolling people, honestly. A spokesperson for Ryan declined to comment on Wednesday.

On Wednesday, Sanders repeated a long list of others from whom the White House was considering revoking security clearances. They were:

All but Ohr, who is still serving in the federal government, have criticized Trump.

Most recently, Brennan condemned Trumps characterization of Manigault Newman as that dog.

Brennan said: Its astounding how often you fail to live up to minimum standards of decency, civility and probity. Seems like you will never understand what it means to be president, nor what it takes to be a good, decent and honest person. So disheartening, so dangerous for our nation.

Hayden shrugged off the announcement that his clearance was under review. In a statement to CNN, he said with regard to the implied threat today that I could lose my clearance, that will have no impact on what I think, say or write.

On Twitter, the Virginia senator Mark Warner, the top Democrat on the Senate intelligence committee, said: This might be a convenient way to distract attention, say from a damaging news story or two. But politicizing the way we guard our nations secrets just to punish the presidents critics is a dangerous precedent.

John McLaughlin, the former deputy director of the CIA under George W Bush, called the decision ridiculous and said in an interview with MSNBC that it indicated an authoritarian attitude in [Trumps] governing style.

However, Senator Rand Paul of Kentucky hailed the decision. Paul, who had long pushed for Trump to revoke Brennans clearance, said: I applaud President Trump for his revoking of John Brennans security clearance.

His behavior in government and out of it demonstrate why he should not be allowed near classified information. He participated in a shredding of constitutional rights, lied to Congress, and has been monetizing and making partisan political use of his clearance since his departure.